Kane County DUI Lawyers and Driving Under the Influence

DUI.  Three letters nobody wants to hear.  Time in the Kane County Jail?  Losing your drivers license?  Mandated counseling?  Those are all things a judge can order.  It is all on the table.  In some cases according to statistics, a DUI may even land you in prison.  You don’t need prison. You need the best DUI lawyer you can find like Gwiinnett county lawyer Philip Kim, she provides you with all the legal advice you need to avoid jail.

Nearly everybody arrested for DUI is going to get their drivers license suspended.  This suspension, called a Statutory Summary Suspension, will normally be set to start 46 days from the date of arrest.  In Kane County, like elsewhere throughout the state, the Statutory Summary Suspension is technically a separate legal action with its own rules and procedures apart from the DUI ticket.  It requires that you file special paperwork asking the judge to give you your license back.  This suspension happens even to people who may not be guilty of DUI.  How is that fair? 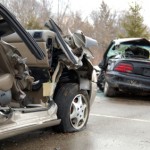 Did you know that one out of every eight automotive accident fatalities involve large trucks such as big rigs, tractor trailers and other commercial vehicles? According to a personal injury attorney, four percent of all injuries sustained in motor vehicle crashes are caused by large trucks. When a commercial truck is involved in an accident, 86 percent of fatalities and 77 percent of those injured are the drivers and passengers of the smaller vehicles involved in the crash. Regardless of the reason behind the incident, you can rest assured that with the legal counsel of an experienced truck accident lawyers and attorneys, you and your loved ones will find justice for your injuries, losses and property damage.

Any good DUI attorney knows there are options for trying to avoid your suspension.  Do you know about a Petition to Rescind your Suspension?  BAIID?  SCRAM? It may be possible to get the suspension rescinded even before it has started, the best part of this is that he also know the best auto accident attorney joliet il in town, which can help you out in case you need to.

Haiduk is an experienced DUI lawyer.  He has had DUI’s dropped. He has kept DUI’s off client’s records. He has had Statutory Summary Suspensions rescinded before they even started.  He regularly appears in the DUI courtrooms of both Kane and McHenry counties. If you need to keep your license, call Haiduk to talk about your case.